Frederic Remington, The Fall Of The Cowboy 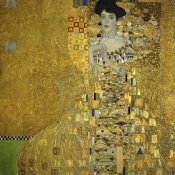 Ivan Konstantinovich Aivasowsky
Between The Waves

Rembrandt van Rijn
Ragged Peasant with His Hands behind Him, Holding a Stick, 1630

QUALITY
We love art (a lot) and are proud to offer the highest quality fine art reproductions available anywhere. That’s right – anywhere. From the inks and papers we use all the way to the care we take in packaging every order for shipment, our obsession with quality has no end.
SELECTION
With many exclusive collections, our product offering of fine art prints, digital posters, and canvas art reproductions is as extensive and diverse as you will find anywhere. That’s right – anywhere. Our curated line contains imagery for all of your decor and design needs.
CUSTOMIZATION
You have found the perfect art. Now what? Using our innovative custom framing tool you can preview exactly what your finished and framed art will look like. There is no better way to tell your art that you love it (a lot) than by wrapping it up in a custom frame.
Biography
FREDERIC REMINGTON
(1861-1909) During the course of his lifetime from the Civil War to beyond the turn of the century, western artist Frederic Remington produced over 3000 drawings, illustrations, paintings and bronzes capturing life on the open range in a uniquely romantic period in American history when cowboys herded cattle, Indian tribes hunted buffalo, and the U.S. cavalry battled Indians for territorial dominance.

Born in upstate New York and only two months old when his father left for the Civil War, Remington developed a passion for the adventure he imagined in the far West at an early age, sketching the horses and people he imagined. Without formal art training until enrolled at Yale as an art student in 1878, Remington quickly tired of academic training but often contributed to the Yale Courant, the first illustrated college weekly. After meeting Eva Adele Caten, Remington set off for the far West with a small inheritance on the first of several sojourns and trials at ranching, prospecting, and business to earn his fortune, returning to earn her hand in marriage. However unstable their finances during the early years, his fortunes lay in his commitment to documenting the West.

Over the years he traveled the Dakotas, Kansas, Wyoming, Arizona, the Oregon and Santa Fe Trails and Indian territories. With his first drawing published in Harper's Weekly in 1882, Remington won national acclaim with Harper's cover art, "The Apache War - Indian Scouts on Geronimo's Trail" in 1886. In 1888 he won two prizes for painting from the National Academy of Design, supplied Harper's with 54 illustrations, 32 in Outing and 64 in Century magazines, and garnered the recognition of Theodore Roosevelt who became a life-long friend and champion of his work.

Although distinguished as an illustrator, Remington longed for recognition as a painter and finally made that break at the turn of the century with a commissioned series of paintings from Colliers. Success was assured with several exhibitions of his action paintings and detailed bronzes capturing the heart of the West, culminating in an exhibition at New York's Knoedler Gallery in December 1909, embraced by the public and critics alike. The artist's death occurred at the height of his career just after Christmas, leaving as his legacy a body of work reviewed as "epic in its imaginative quality, historically important in its prominent contribution to the romantic epoch in the making of the West."