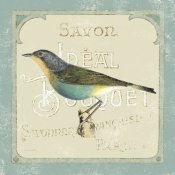 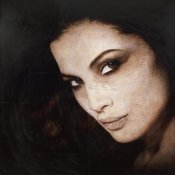 QUALITY
We love art (a lot) and are proud to offer the highest quality fine art reproductions available anywhere. That’s right – anywhere. From the inks and papers we use all the way to the care we take in packaging every order for shipment, our obsession with quality has no end.
SELECTION
With many exclusive collections, our product offering of fine art prints, digital posters, and canvas art reproductions is as extensive and diverse as you will find anywhere. That’s right – anywhere. Our curated line contains imagery for all of your decor and design needs.
CUSTOMIZATION
You have found the perfect art. Now what? Using our innovative custom framing tool you can preview exactly what your finished and framed art will look like. There is no better way to tell your art that you love it (a lot) than by wrapping it up in a custom frame.
Biography
EUGENE DELACROIX
Delacroix, Eugène 1798–1863, French painter. Delacroix is considered the foremost painter of the romantic movement in France; his influence as a colorist is inestimably great.
He studied in Guérin's studio with Géricault, who became a major influence on his work. Delacroix enriched his neoclassical training with acute attention to the works of Rubens, Michelangelo, Veronese, and the Venetian school, and later Constable, Bonington, and the English watercolorists. When his first major work, The Bark of Dante (Louvre), had been exhibited in the Salon in 1822 and purchased by the government, he was, to his own surprise, recognized as the leader of the opposition to the neoclassical school of David. In temperament and choice of subjects he was a romantic, as revealed by his dramatic interpretation of scenes from mythology, literature, and political, religious, and literary history.

In 1824 Delacroix painted much of his Massacre at Chios (Louvre). The violence of the subject matter and ravishing color of this work and of The Death of Sardanapalus (1827; Louvre) were heavily condemned by some critics. In England in 1825 he spent several months absorbing English painting and making numerous studies of horses. As a tribute to Byron and the Greek War of Independence he painted Greece Expiring on the Ruins of Missolonghi (1827; Bordeaux).

The four months Delacroix spent in Morocco in 1832 provided him with visual material that he drew upon for the rest of his life. There he filled seven fat notebooks with brilliant watercolor sketches and notes. His continuing fascination with the exotic was revealed by Women of Algiers (1834; Louvre) and The Jewish Wedding (1839; Louvre). His powerful Entrance of the Crusaders into Constantinople (1841; Louvre) is a compelling, epic work of history painting.

Delacroix's other major sources were the works and lives of major literary figures. In 1820 he made 17 bizarre and exciting lithographs for Goethe's Faust. He used Shakespeare often in several media (e.g., Hamlet and Horatio in the Graveyard, 1839; Louvre). He was also inspired by turbulent scenes from the plays and poems of Byron (e.g., Combat of the Giaour and the Pasha, 1827; Art Inst. of Chicago), from the novels of Scott, and from a number of other literary works. He also created many strong paintings on religious themes.

Delacroix's Self-Portrait (1835–37; Louvre) reveals a thin, dynamic, yet reserved countenance. He also portrayed many notable contemporaries, including Paganini (1832; Phillips Coll., Washington, D.C.) and, in 1838, his close friends Chopin (Louvre) and George Sand (Copenhagen). Of his animals in motion, the watercolor Tiger Attacking a Horse (1825–28; Louvre) and The Lion Hunt (1861; Art Inst. of Chicago) are characteristic. During the last three decades of his life he secured numerous public commissions. His decorations in the Palais Bourbon (1833–47; Paris), the Palais de Luxembourg (1841–46), and the Church of Saint-Sulpice (1853–61) are examples of his genius as a muralist. His work is best represented in the Louvre.