Jim Dratfield
In the Garden 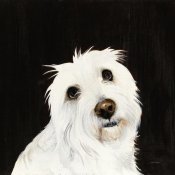 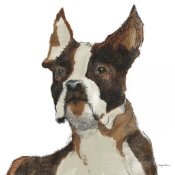 Arthur Heyer
Study of a Bulldog 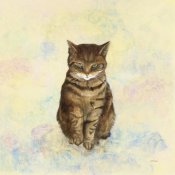 QUALITY
We love art (a lot) and are proud to offer the highest quality fine art reproductions available anywhere. That’s right – anywhere. From the inks and papers we use all the way to the care we take in packaging every order for shipment, our obsession with quality has no end.
SELECTION
With many exclusive collections, our product offering of fine art prints, digital posters, and canvas art reproductions is as extensive and diverse as you will find anywhere. That’s right – anywhere. Our curated line contains imagery for all of your decor and design needs.
CUSTOMIZATION
You have found the perfect art. Now what? Using our innovative custom framing tool you can preview exactly what your finished and framed art will look like. There is no better way to tell your art that you love it (a lot) than by wrapping it up in a custom frame.
Biography
FRANZ MARC
German painter and printmaker, founding member of "The Blue Rider" group (see Blaue Reiter, Der), known for the intense nature mysticism of his paintings of animals.

Marc's early works were done in a self-consciously academic style, but in 1903 his stolid naturalism was lightened by his exposure to French Impressionist painting and later to the sensuous, curvilinear art of Munich's Jugendstil movement.

In 1909 Marc joined a group of Expressionist artists known as the Neue Künstlervereinigung (New Artists' Association). There he met August Macke, whose idiosyncratic use of broad areas of rich colour led Marc to experiment with similar techniques.

In 1910 Marc met Wassily Kandinsky, with whom he edited Der Blaue Reiter, the journal that gave its name to the group of artists, led by Kandinsky, who split from the Neue Künstlervereinigung in the following year. Having long been interested in Eastern philosophies and religions, Marc responded enthusiastically to Kandinsky's almost mystical notion that art should lay bare the spiritual essence of natural forms instead of copying their objective appearance with exact verisimilitude. Under the influence of Kandinsky, Marc came to believe that spiritual essence is best revealed through abstraction. He believed that civilization destroys human awareness of the all-pervading spiritual force of nature. Consequently, he was passionately interested in the art of primitive peoples, children, and the mentally ill. But his own work consisted primarily of animal studies, since he considered nonhuman forms of life to be the most expressive manifestation of the vital natural force.

This philosophy is mirrored in Marc's "Blue Horses" (1911), in which the powerfully simplified and rounded outlines of the horses are echoed in the rhythms of the landscape background, uniting both animals and setting into a vigorous and harmonious organic whole. In this painting as in his other mature works, Marc used a well-defined symbology of colour.

In 1912 Marc's admiration for the works of R. Delaunay and for the Italian Futurists made his art increasingly dynamic. He began to use the faceted space and forms of Delaunay's brightly coloured Cubistic compositions to express the brutal power and the timorous fragility of various forms of animal life.