William-Adolphe Bouguereau
Child with a Ball of Wool 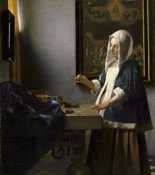 QUALITY
We love art (a lot) and are proud to offer the highest quality fine art reproductions available anywhere. That’s right – anywhere. From the inks and papers we use all the way to the care we take in packaging every order for shipment, our obsession with quality has no end.
SELECTION
With many exclusive collections, our product offering of fine art prints, digital posters, and canvas art reproductions is as extensive and diverse as you will find anywhere. That’s right – anywhere. Our curated line contains imagery for all of your decor and design needs.
CUSTOMIZATION
You have found the perfect art. Now what? Using our innovative custom framing tool you can preview exactly what your finished and framed art will look like. There is no better way to tell your art that you love it (a lot) than by wrapping it up in a custom frame.
Biography
JAN VAN EYCK
Jan van Eyck, c.1390–1441.Jan van Eyck was active at the courts of Count John of Holland (1422–25) and Philip of Burgundy. In the service of Duke Philip, he made several secret diplomatic journeys. A trip in 1428 took him to Portugal, and while there he painted a portrait of Philip's fiancée, Isabella.

The Eyckian Style and Its Influence

The Eyckian style was based on a strong undercurrent of realism that constituted an important aspect of the development of late medieval art. Outstanding achievements of this realistic trend that may have influenced the art of Jan van Eyck include the frescoes of Tommaso da Modena in Treviso and the panel paintings of Melchior Broederlam and of Robert Campin. At the hands of van Eyck experimentation with realism resulted in an astounding minuteness of detail and an unusually fine differentiation between qualities of texture and of atmospheric light. It is thought that his careful delineation of every detail of life was intended to reflect the glory of God's creation.

Some writers have erroneously credited Jan van Eyck with the discovery of the oil technique in painting, but there can be no doubt that he played a crucial role in the perfection of this medium, achieving through its use an unprecedented richness and intensity of color. Developing a personalized technique in oils, he gradually arrived at a meticulously accurate reflection of the natural world.

Although many of his followers attempted to copy him, the distinctive quality of Jan van Eyck's work made imitation difficult. His influence on the succeeding generation of artists, both in N and S Europe, cannot be overestimated, and the entire development of Flemish painting in the 15th cent. (see Flemish art and architecture) bears the direct imprint of his style.

Of the van Eycks' works that have survived, the largest is the altarpiece in the Church of Saint Bavon in Ghent, thought on the basis of an inscription of the frame to have been a collaborative effort of the two brothers, and completed by Jan in 1432. On the panels of the exterior are shown the Annunciation and representations of St. John the Baptist, St. John the Evangelist, and the donors of the work, Jodocus Vijdt and his wife. The interior of the altar consists of an Adoration of the Lamb set in a magnificent landscape, and an upper row of panels showing God the Father flanked by the Virgin, John the Baptist, music-making angels, and Adam and Eve. Various parts of an illuminated manuscript, the Turin Hours, have also been credited to one or both brothers.

Jan van Eyck painted a number of fine portraits, which are distinguished by a crystalline objectivity and precision of draftsmanship. Among these are the Portrait of an Unknown Man (1432), thought to be the composer Gilles Binchois, and the Man with the Red Turban, possibly a self-portrait, both in London; the portrait of Jan de Leeuw (1436) in Vienna; and that of the painter's wife, Margarethe van Eyck (1439), in Bruges. The wedding picture of Giovanni Arnolfini and his Bride (1434; National Gall., London) shows the couple in a remarkable interior.