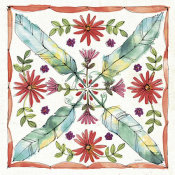 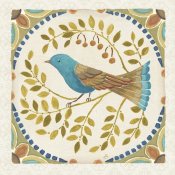 QUALITY
We love art (a lot) and are proud to offer the highest quality fine art reproductions available anywhere. That’s right – anywhere. From the inks and papers we use all the way to the care we take in packaging every order for shipment, our obsession with quality has no end.
SELECTION
With many exclusive collections, our product offering of fine art prints, digital posters, and canvas art reproductions is as extensive and diverse as you will find anywhere. That’s right – anywhere. Our curated line contains imagery for all of your decor and design needs.
CUSTOMIZATION
You have found the perfect art. Now what? Using our innovative custom framing tool you can preview exactly what your finished and framed art will look like. There is no better way to tell your art that you love it (a lot) than by wrapping it up in a custom frame.
Biography
J.C. LEYENDECKER
Born in Montabaur, Germany, and came to America at the age of eight. Showing an early interest in painting, he got his first job at the age of sixteen (16) in a Chicago engraving house on the strength of some large pictures he had painted on kitchen oilcloth. In the evenings after work, he studied under Vanderpoel at the Chicago Art Institute, and saved for five years to be able to go to France to attend the Academie Julian in Paris.

Upon his return, as a thoroughly trained artist with immense technical facility, Leyendecker had no difficulty in obtaining top commissions for advertising illustrations and cover designs for the leading publications.

Joseph Christian Leyendecker became a noted American illustrator and graphic designer who, between 1896 and 1950, painted more than four hundred magazine covers, most of them of an idealized America. His first Saturday Evening Post cover was done in 1899, and he executed 321 more during the next 40 years. Among the most famous of these was his annual New Year Baby series.

He particularly hit his stride in the 1930’s with fashion advertising, selling lifestyle with product. It is said that his technical skill was beyond reproach, he worked amazingly fast, and that his draftsmanship was perfect. He and his brother, Frank Xavier Leyendecker worked together in a large studio estate in New Rochelle, New York. J. C. Leyendecker, whom Norman Rockwell considered his primary mentor, heavily influenced Rockwell’s early style and was a true master illustrator of the 20th century.