Berthe Morisot
The Artist's Sister at a Window, 1869

Diane Romanello
Step Into A Dream 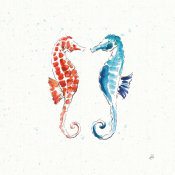 QUALITY
We love art (a lot) and are proud to offer the highest quality fine art reproductions available anywhere. That’s right – anywhere. From the inks and papers we use all the way to the care we take in packaging every order for shipment, our obsession with quality has no end.
SELECTION
With many exclusive collections, our product offering of fine art prints, digital posters, and canvas art reproductions is as extensive and diverse as you will find anywhere. That’s right – anywhere. Our curated line contains imagery for all of your decor and design needs.
CUSTOMIZATION
You have found the perfect art. Now what? Using our innovative custom framing tool you can preview exactly what your finished and framed art will look like. There is no better way to tell your art that you love it (a lot) than by wrapping it up in a custom frame.
Biography
BERTHE MORISOT
Berthe Morisot (1841-1895), French painter and printmaker who exhibited regularly with the Impressionists and, despite the protests of friends and family, continued to participate in their struggle for recognition.

The daughter of a high government official (and a granddaughter of the important Rococo painter Jean-Honoré Fragonard), Berthe Morisot decided early to be an artist and pursued her goal with seriousness and dedication. From 1862 to 1868 she worked under the guidance of Camille Corot. She first exhibited paintings at the Salon in 1864. Her work was exhibited there regularly through 1874, when she vowed never to show her paintings in the officially sanctioned forum again. In 1868 she met Édouard Manet, who was to exert a tremendous influence over her work. He did several portraits of her (e.g., "Repose," c. 1870). Manet had a liberating effect on her work, and she in turn aroused his interest in outdoor painting.

Morisot's work never lost its Manet-like quality--an insistence on design--nor did she become as involved in colour-optical experimentation as her fellow Impressionists. Her paintings frequently included members of her family, particularly her sister, Edma (e.g., "The Artist's Sister, Mme Pontillon, Seated on the Grass," 1873; and "The Artist's Sister Edma and Their Mother," 1870). Delicate and subtle, exquisite in colour--often with a subdued emerald glow--they won her the admiration of her Impressionist colleagues. Like that of the other Impressionists, her work was ridiculed by many critics. Never commercially successful during her lifetime, she nevertheless outsold Claude Monet, Pierre-Auguste Renoir, and Alfred Sisley. She was a woman of great culture and charm and counted among her close friends StéphaneMallarmé, Edgar Degas, Charles Baudelaire, Émile Zola, Emmanuel Chabrier, Renoir, and Monet. She married Édouard Manet's younger brother Eugène.