Sue Schlabach
Across the World v5 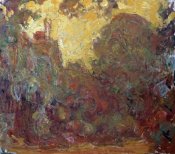 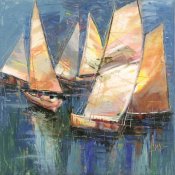 QUALITY
We love art (a lot) and are proud to offer the highest quality fine art reproductions available anywhere. That’s right – anywhere. From the inks and papers we use all the way to the care we take in packaging every order for shipment, our obsession with quality has no end.
SELECTION
With many exclusive collections, our product offering of fine art prints, digital posters, and canvas art reproductions is as extensive and diverse as you will find anywhere. That’s right – anywhere. Our curated line contains imagery for all of your decor and design needs.
CUSTOMIZATION
You have found the perfect art. Now what? Using our innovative custom framing tool you can preview exactly what your finished and framed art will look like. There is no better way to tell your art that you love it (a lot) than by wrapping it up in a custom frame.
Biography
PAUL GAUGUIN
1848-1903, French painter and woodcut artist, b. Paris; son of a journalist and a French-Peruvian mother.

Gauguin was first a sailor, then a successful stockbroker in Paris. In 1874 he began to paint on weekends. By the age of 35, with the encouragement of Camille Pissarro, he devoted himself completely to his art, having given up his position and separated (1885) from his wife and five children. Allying himself with the Impressionists, he exhibited with them from 1879 to 1886. The next year he sailed for Panama and Martinique. In protest against the "disease" of civilization, he determined to live primitively, but illness forced him to return to France. The next years were spent in Paris and Brittany, with a brief but tragic stay with Van Gogh at Arles.

In 1888, Gauguin and Émile Bernard proposed a synthetist theory of art, emphasizing the use of flat planes and bright, nonnaturalistic color in conjunction with symbolic or primitive subjects. The Yellow Christ (Albright-Knox Art Gall., Buffalo) is characteristic of this period. In 1891, Gauguin sold 30 canvases and with the proceeds went to Tahiti. There he spent two years living poorly, painting some of his finest pictures, and writing Noa Noa (tr. 1947), an autobiographical novel set in Tahiti. In 1893 he returned to France, collected a legacy, and exhibited his work, rousing some interest but making very little money. Disheartened and sick from syphilis, which had afflicted him for many years, he again set out for the South Seas in 1895. There his last years were spent in poverty, despair, and physical suffering. In 1897 he attempted suicide and failed, living to paint for five more years. He died on Hiva Oa in the Marquesas Islands.

Today Gauguin is recognized as a highly influential founding father of modern art. He rejected the tradition of western naturalism, using nature as a starting point from which to abstract figures and profound sense of mystery. He revived the art of woodcutting with his free and daring knife work and his expressive, irregular shapes and strong contrasts. He produced some fine lithographs and a number of pottery pieces.

There are major examples of Gauguin's work in the United States, including The Day of the God (Art Inst., Chicago), Ia Orana Maria (1891; Metropolitan Mus.), By the Sea (1892; National Gall., Washington, D.C.), and his masterpiece Where do we come from? What are we? Where are we going? (1897; Mus. of Fine Arts, Boston). W. Somerset Maugham's Moon and Sixpence (1919), based loosely on the life of Gauguin, did much to promote the Gauguin legend that arose shortly after his death.