Edgar Degas
After The Bath 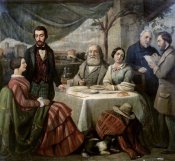 Aniello Falcone
Saint James at The Battle of Clavijo 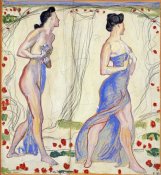 Orazio Gentileschi
Lot and his Daughters

Edmund Darch Lewis
Along the Coast

QUALITY
We love art (a lot) and are proud to offer the highest quality fine art reproductions available anywhere. That’s right – anywhere. From the inks and papers we use all the way to the care we take in packaging every order for shipment, our obsession with quality has no end.
SELECTION
With many exclusive collections, our product offering of fine art prints, digital posters, and canvas art reproductions is as extensive and diverse as you will find anywhere. That’s right – anywhere. Our curated line contains imagery for all of your decor and design needs.
CUSTOMIZATION
You have found the perfect art. Now what? Using our innovative custom framing tool you can preview exactly what your finished and framed art will look like. There is no better way to tell your art that you love it (a lot) than by wrapping it up in a custom frame.
Biography
JAMES MCNEILL WHISTLER
Whistler, James Abbott McNeill, 1834–1903, American painter, etcher, wit, and eccentric, b. Lowell, Mass.
Whistler was dismissed from West Point for insufficient knowledge of chemistry and from the U.S. Coast and Geodetic Survey, where he had learned etching and map engraving, for erratic attendance. In 1855 he went to Paris, where he acquired a lifelong appreciation for the works of Velázquez and for Asian art, particularly the Japanese print. From these sources he developed a delicate sense of color and design evident in most of his mature works. His early work was largely inspired by the realism of Courbet. Settling in London in 1859, Whistler became known as an etcher, a wit, and a dandy. The Little White Girl (National Gall., Washington, D.C.) brought him his first major success in the Salon des Refusés (1863).

To advertise and defend his credo of art for art's sake, Whistler resorted to elaborate exhibits, lectures, polemics, and more than one lawsuit. In connection with his Falling Rocket: Nocturne in Black and Gold (Detroit Inst. of Arts) he sued Ruskin in 1878 for writing that Whistler asked “two hundred guineas for flinging a pot of paint in the public's face.” Whistler explained that the harmonious arrangement of light, form, and color was the most significant element of his paintings. To de-emphasize their subjective content, he called them by fanciful, abstract titles such as Nocturne in Black and Gold, and Arrangement in Gray and Black (the famed portrait of the artist's mother, 1872; Louvre). Whistler won the argument in court but payment of the court costs left him bankrupt.

Toward the end of his life Whistler won wide recognition for his admirable draftsmanship, exquisite color, and extreme technical proficiency both as painter and etcher. As an etcher he achieved a high reputation. More than 400 superb plates remain. He also excelled in lithography, watercolor, and pastel.

Fine examples of Whistler's painting are in the galleries of London, Paris, Pittsburgh, Washington, D.C., Chicago, and New York City. The most representative collection is that in the Freer Gallery of Art, Washington, D.C., which also contains an entire room that he decorated in a style that anticipated art nouveau, for the Leyland home in London—the so-called Peacock Room. Nocturne in Green and Gold, Cremorne Gardens at Night, portraits of Sir Henry Irving, Connie Gilchrist, Theodore Duret, and several others are all in the Metropolitan Museum. Other important works are his portrait of Thomas Carlyle (Glasgow) and Old Battersea Bridge (Tate Gall., London).

Whistler was the author of brilliant critical essays and aphorisms. The lecture published under the title Ten O'clock (1888) was of enormous influence in art theory. The Gentle Art of Making Enemies (1890) was a clever selection of snippets from the critics, accompanied by acerbic rejoinders from Whistler.