Thomas Eakins, Cowboys In The Badlands

Tristan Shu
Caught In The Sin 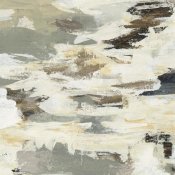 QUALITY
We love art (a lot) and are proud to offer the highest quality fine art reproductions available anywhere. That’s right – anywhere. From the inks and papers we use all the way to the care we take in packaging every order for shipment, our obsession with quality has no end.
SELECTION
With many exclusive collections, our product offering of fine art prints, digital posters, and canvas art reproductions is as extensive and diverse as you will find anywhere. That’s right – anywhere. Our curated line contains imagery for all of your decor and design needs.
CUSTOMIZATION
You have found the perfect art. Now what? Using our innovative custom framing tool you can preview exactly what your finished and framed art will look like. There is no better way to tell your art that you love it (a lot) than by wrapping it up in a custom frame.
Biography
THOMAS EAKINS
Eakins, Thomas 1844–1916, American painter, photographer, and sculptor, b. Philadelphia, where he worked most of his life. Eakins is considered the foremost American portrait painter and one of the greatest artists of the 19th cent.

Eakins studied art at the Pennsylvania Academy of the Fine Arts and anatomy at Jefferson Medical College (now Thomas Jefferson Univ.). In Paris from 1866 until 1870, he studied with Gérôme and Bonnat and with the sculptor A. A. Dumont. He visited Spain, where he was drawn to the works of Velázquez. From 1870 he taught at the Pennsylvania Academy, where he was harshly criticized for his teaching innovations: he insisted on working from live, nude models, on learning anatomy from dissection, on learning motion by watching athletes perform, and on working in oils. His refusal to abandon the use of nude models forced his resignation in 1886.

Eakins sought, above all, to describe honestly the reality of what he saw, attempting to “peer deeper into the heart of American life.” He felt that no formula of ideal beauty could compare with what is real and refused the temptation to see what, according to fashion, he ought to. His portraits were not flattering; they were penetrating and often disappointed his sitters. His painstaking study of anatomy and geometric perspective served his ambition to grasp and define exterior reality in paint, while his remarkable honesty of approach provided him a view of the interior realities of human character. His perception and mode of illumination of the human face are frequently likened to those of Rembrandt.

In a period when many artists were concerned with the exotic or deliberately picturesque, Eakins succeeded in recording the everyday world about him with insight and profound humanity. Eakins revived the art of portraiture in the United States and, through his influence as a teacher, founded a native school of American art, visible in the works of his pupils Henri, Sloan, Glackens, and Sterne, and more recently in the work of new generations of realist painters.

From the 1880s on Eakins used photography in many ways. He employed it as an art in its own right, which he used to make powerful studies of family and friends, animals and rural scenes. He used it as an aid to accuracy in painting for himself and his classes, either as an inspiration for a related work or by copying directly (until about 1886 he sometimes secretly traced images onto canvas from projected photographs, a technique that was not confirmed until the early 21st cent.). He also made use of photography to study motion, devising for Eadweard Muybridge a camera which, by means of a revolving disk over the lens, could make several exposures on a single plate, and thereby aid in understanding movement in human beings and in animals, in everyday and athletic motion. He also adapted Muybridge's animal studies for use in a zoetrope, a precursor of the motion picture projector. Eakins's few works in sculpture include the horses on the Soldiers' and Sailors' Memorial Arch, Brooklyn, N.Y.

Only toward the very end of his life was Eakins recognized as a major painter. Among his most notable works are The Surgical Clinic of Professor Gross (1875; Thomas Jefferson Univ., Philadelphia), the realism of which caused a scandal when it was finished; The Clinic of Professor Agnew (1889; Univ. of Pennsylvania); The Concert Singer (1892; Pennsylvania Acad.); The Chess Players (1876) and The Thinker (1900; both: Metropolitan Mus.); and the portraits of Mrs. Frishmuth (1900; Philadelphia Mus.) and Miss Van Buren (1891; Phillips Coll., Washington, D.C.). His pictures of athletes, such as Swimming (also called The Swimming Hole, 1885; Amon Carter Mus., Fort Worth, Tex.), Salutat (1898; Addison Gall., Andover, Mass.), and Max Schmitt in a Single Scull (1871; Metropolitan Mus.), are especially fine.Used with permission. The Columbia Encyclopedia, Sixth Edition. Copyright © 2001 Columbia University Press